Wow what a year! Two Patreon releases, a Kickstarter funded and fulfilled, several “serious” games that got press coverage and more…

I launched my Patreon at the end of 2017 and my initial goal was to ship 4 games this year. I ended up getting massively side tracked but for interesting reasons and still had a high design output, just not how I intended!

Patreon Releases: Honor Bound and Behind the Magic

I started 2018 by iterating on Behind the Magic, my fantasy mockumentary game. The core game was great but I was experimenting with how to present the rules and trying out variant ways to play.

I decided to commission illustrations and knew that Meg Dornbrock’s style was perfect for my incompetent adventurers. She did a phenomenal job and it was a joy to work with her. Check out these results: 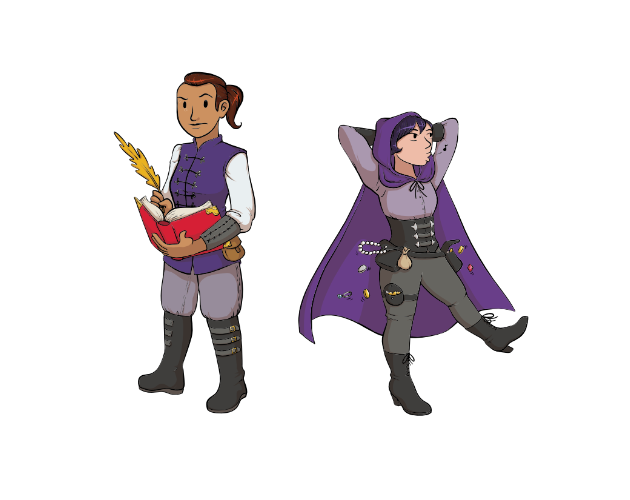 I was about to switch into layout and typesetting for the game when I put it on hold to collaborate with Jason Morningstar on Honor Bound.

Honor Bound came together over a couple hours of focused design work while we were hanging out in San Francisco. It examines toxic masculinity and honor culture through the lens of an old fashioned duel. Jason was a pleasure to collaborate with and I’m extremely proud of how the game turned out.

You can grab a copy here for $8 and we’ll donate all profits to the EFF. We’ve heard great feedback from players and it was even mentioned on the Imaginary World podcast!

We released Honor Bound to the public in June but I was too busy to return to Behind the Magic until a few months ago – I’ll cover why in the next section.

I ran Behind the Magic twice at Big Bad Con – once as a larp and once as a staged improv show with audience participation. The show went incredibly well, in large part due to a phenomenal team of Karen Twelves as The Bard, James D’Amato, Jeeyon Shim, Brodie Atwater, Banana Chan, and Ash Cheshire as Adventurers, and Nathan Black as The Villain. We had a great audience turn out and the show was hilarious! 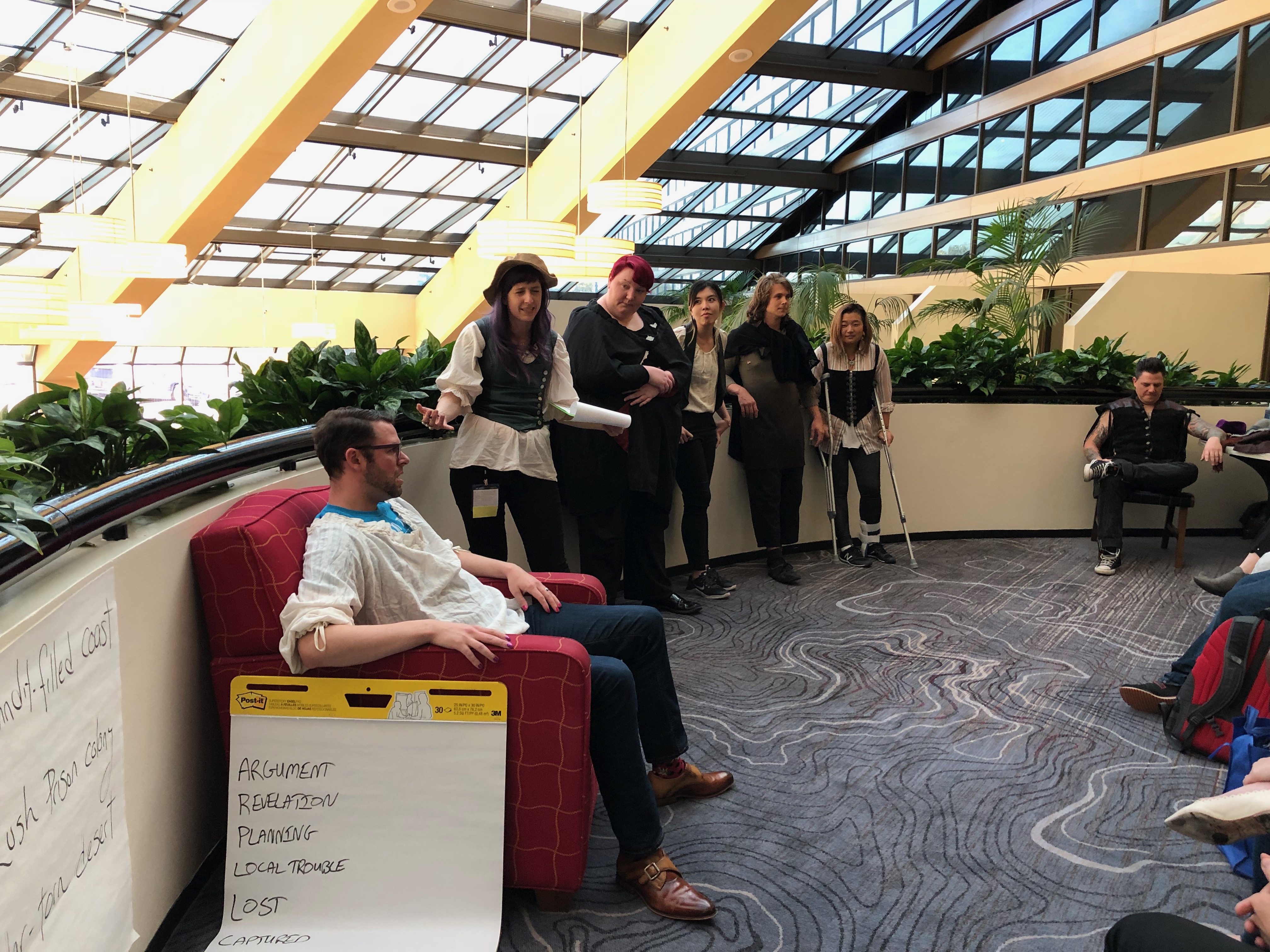 I finally published Behind the Magic to my Patreon backers last week and I’m 100% thrilled with how it turned out. It’s the longest game I’ve published as a solo designer and the rules and designs look great. You can buy a copy on Itch for $10 – let me know if you have a chance to play!

Kickstarting CIA: Collect It All

One of my major projects this year was the Kickstarter for CIA: Collect It All. The game is an adaptation of an actual CIA training game, the rules of which were recently released to the public. I teamed up with Mike Masnick and Leigh Beadon of Techdirt to run the Kickstarter, redesign the game, and produce the print run.

The Kickstarter did extremely well – we raised $151,184 from 4,476 backers! We manufactured the game in China and, despite some production delays, shipped the game to most backers before the holidays. The entire process was a great experience and I feel very well prepared to run more Kickstarters in the future.

You can buy a copy via this page.

I also released two free games this year, as part of game jams.

First was How (And Why) I Took Over the World for the 200 Word RPG Challenge. It’s a very simple one player larp that involves recording videos for YouTube.

Next there was Stellar Drift, submitted for Golden Cobra. It’s about generation ships traveling to settle distant planets, and the ways in which their cultures morph over time in response to crises.

I spent a lot of time this year focused on serious games that help people explore the future and explain the present. It think there’s a promising opportunity here and I’ve founded Leveraged Play as a consulting firm to create and run bespoke games.

The first “serious” game I designed was Machine Learning President – in collaboration with the Scout.ai team, Mike Masnick, and Eliot Peper. It’s a ~50 person game that explores the intersection of technology and politics through the 2020 US presidential election. It was involved in a bizarre news cycle in June that generated enough interest that we ran it again in Chicago in October. Polygon wrote about it!

Mike and I also ran a game at the Disruptive Strategy Summit called “Playing with Disruption” where we had huge businesses brainstorm how their industries might evolve, partly by having them give VC pitches and play out earnings calls. I also helped Mike on a few Techdirt / Copia related games such as Working Futures and You Make the Call.

Combining my love of game design and business has been a lot of fun so far and hopefully I plan to continue in 2019. Reach out if you’d like to commission a game!

2019 will probably be a mix of consumer games through Diegetic Games and games for organizations through Leveraged Play. I playtested a few other games this year that might be candidates for further development. I’ll cover them in another post, sometime in January!