Another week another game (or three)! I just finished Condemned which is a collection of three games for “The Power Broker” game design competition. 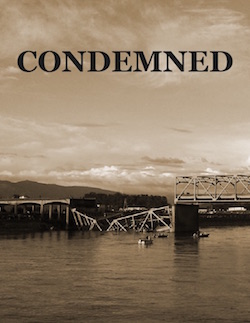 The competition was to create games that adapt / interpret The Power Broker, Robert Caro’s biography of Robert Moses. As someone who is fascinated by infrastructure and also loves game design - this was a perfect fit!

I actually read all of the biography and it was well worth it. Caro does a phenomenal job of portraying Moses’s life and his transition from idealistic reformer to the most powerful (and corrupt) unelected public official in America.

I ended up designing three games, one is a serious character development game and the other two are half-jokes that involve interacting with actual local government.

This is a story game that has players creating characters that follow a similar arc to Robert Moses. The characters start out as idealistic reformers and then, one scene at a time, they abandon their values in exchange for power. The game will probably take 1-2 hours, depending on the number of players and time spent per scene.

The Rise to Power

This game takes place over a year and has the players competing to get appointed to various civic boards and committees in their town or city. Who ever has the most appointments wins - no bribery though!

The Use of Power

In this game, players race to change the name of a street in their city. First one to succeed wins!