I have an early draft of a new game to share. It’s tentatively titled ‘Clash at Ikara’ and it’s inspired by Seven Samurai. Over the course of the game, players will tell the story of a group of heroes defending a community against a bandit attack.

Check out the current draft and let me know what you think: Clash at Ikara 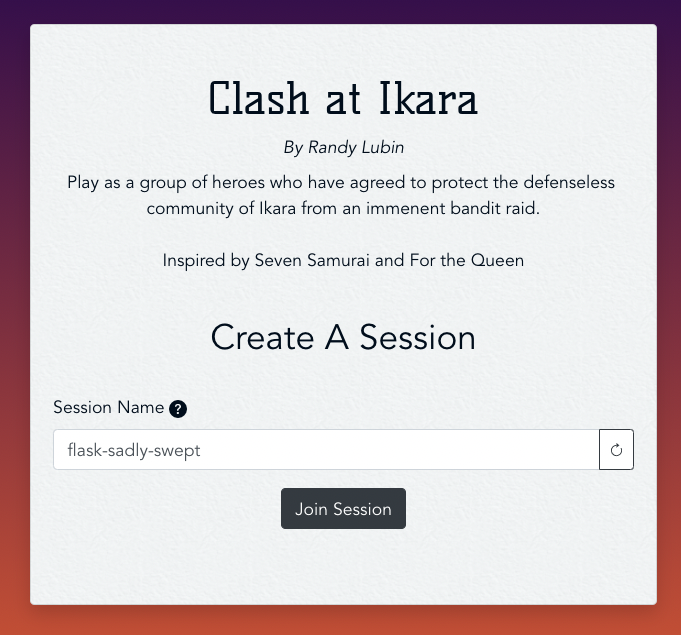 The game is setting agnostic, so the community can be a peasant village (like in the movie) or a scrapyard in a cyberpunk future or a space station mining ice in the asteroid belt.

The gameplay is inspired by For the Queen in that players take turns answering prompts drawn from a deck. A new addition to this game is that there are different decks for different parts of the story. The game is broken into 4 Acts, each with its own deck:

During the battle, many of the prompts force the players to choose between sacrificing themselves or having major harm done to Ikara and its residents. My hope is that it leads to great dramatic moments and heroic decisions.

I’m still refining the game a bit but I’d love your feedback – let me know if you have a chance to read it / play it!