I’ve just released a plot guide for Galactic 2e called Save the Galaxy!

The guide walks you through your session from character creation to the final epilogue and helps you tell fast paced, tightly plotted, single-session adventures. 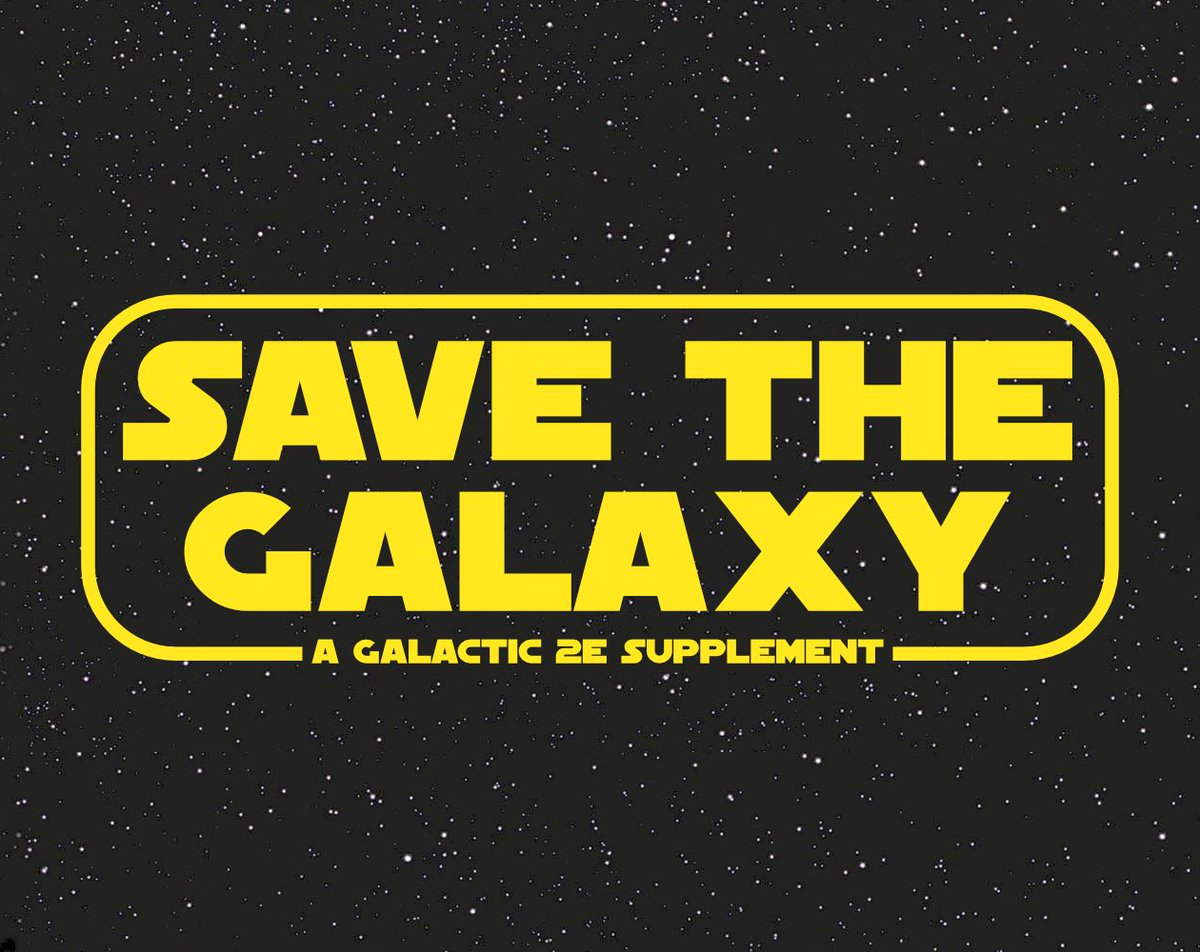 Save the Galaxy starts with a quick script for creating characters and establishing the main threat / antagonist. You’ll make a version of a Star Wars opening crawl that you’ll read as the story begins 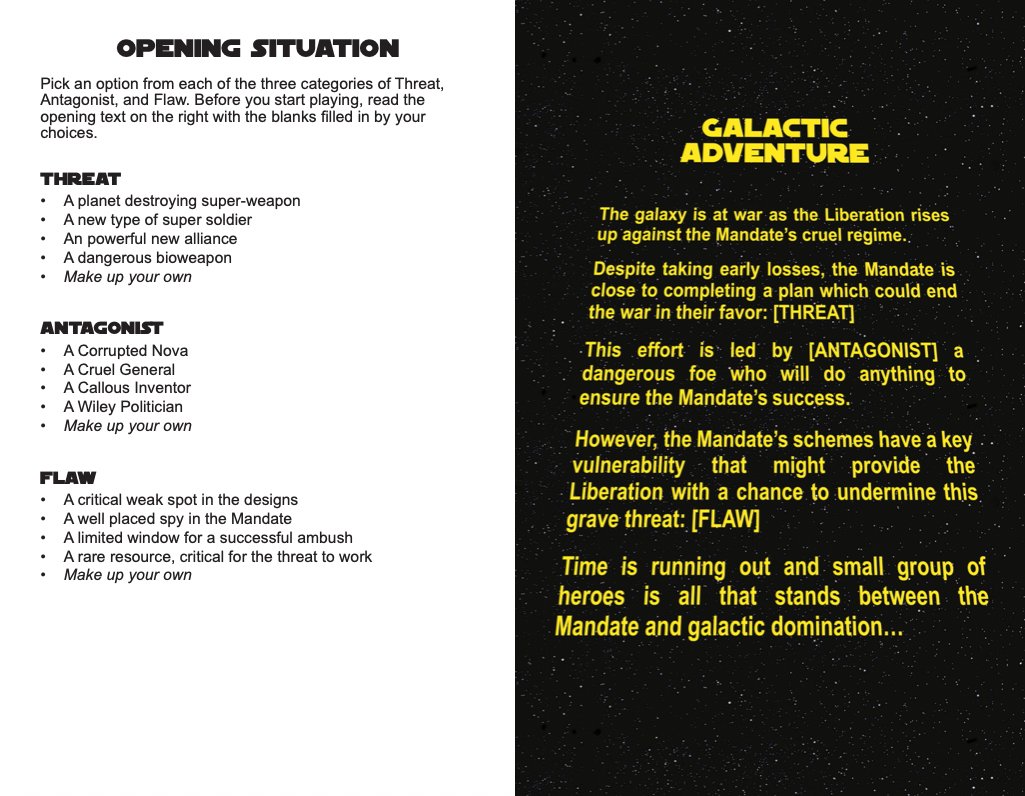 The main story plays out in three acts, each of which are set in a different location. In each act you’ll pick scenes from a list and advance the plot. In between acts, you’ll get to know the characters better as they spend time together in hyperspace. 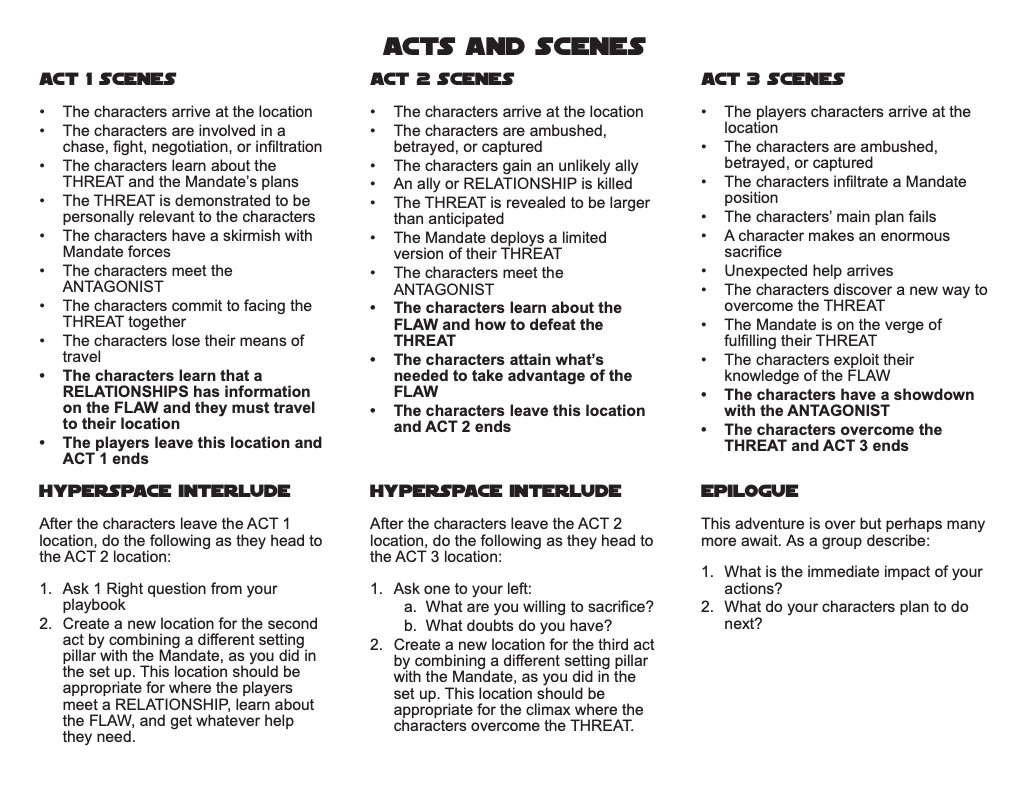 I was inspired to design this because I love the GMless and character focused approach of Belonging Outside Belonging games but I yearn for more plot scaffolding to help tell fast paced, single-session stories.

I’ve released Save the Galaxy under a CC-BY license and I’d love to see folks make guides for other types of stories for Galactic and to see this approach ported to other Belonging Outside Belonging games. I’ve included the .afpub file for easy remixing.

Let me know what you think and I’d love to hear if you have a chance to play it or remix it!