I have a new game that’s entering playtesting and I’d love for you to give it a try! The game is a 30 minute murder mystery with the tentative title: Working the Case. 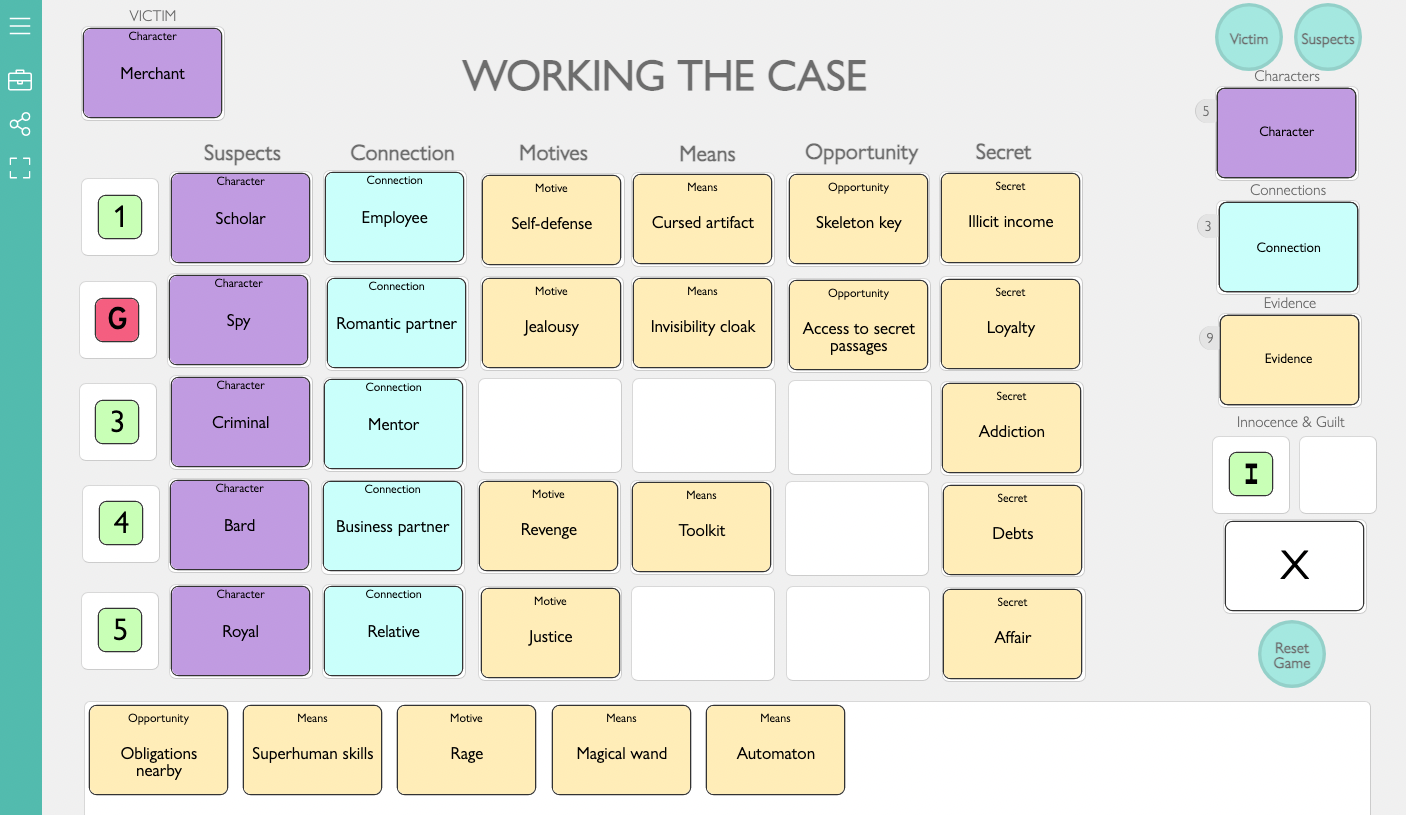 Collaboratively tell the story of a murder mystery as from the perspective of investigators who are working to solve the case. You’ll start by quickly establishing the setting, victim, and crime scene. Then you’ll dive into the core of the game – revealing one piece of evidence at a time and linking it to one of five suspects. Over the course of the game, you’ll eliminate suspects until only one remains: the culprit. Finally, you’ll confront the culprit and determine if justice is served.

The case details and culprit are not determined in advance. We’ll be telling the story in such away that any of the suspects could be the murderer and we’ll find out the truth at the end of the game.

I’m playtesting the game via PlayingCards.io, which is super easy to use and great for rapid iteration. It also allows for realtime multiplayer.

If you’re interested in playtesting the game, read the instructions for the rules and a link to the PlayingCards.io file. If you have a chance to play, I’d love to hear how it goes – please fill out the short feedback form.

I’ve had a lot of fun designing and testing the game so far and I’m thinking about where I want to take it next. I’m considering making a physical card-based version, which should be fairly straight forward. I’ve played the game with a few different theme packs (space station, fantasy, modern) and I’ll have to figure out how many themes I want in the base game.